4 of the Most Iconic Woodstock Artists You Should Know Whether you’re a product of the ‘60s or a proud member of Generation Z, chances are you’re familiar with Woodstock. There’s no denying the power music can have, and when you bring some of history’s most incredible artists together for one event, well it’s no wonder we’re still talking about it today.

The 50th anniversary is just around the corner (August 15-18), so it’s time to brush up on your Woodstock history and impress your friends and family with your phenomenal music knowledge. Some of the most iconic performers who made appearances at Woodstock include: There’s likely very few music fans who haven’t heard of legend Jimi Hendrix, and for good reason. His influence on guitarists even today is a testament to his talent and skill. While guitars were widely used by artists of all genres before Hendrix’s time, he was the first to pioneer the use of the unique sound produced by today’s electric guitars.

Jimi Hendrix Exhibit at Musicians Hall of Fame in Nashville

At Musicians Hall of Fame in Nashville, guests have the opportunity to learn more about Hendrix’s legacy and lasting impact on the world of music, including his iconic Woodstock performance and famous rendition of “The Star Spangled Banner.” Our Jimi Hendrix exhibit features dozens of his personal items, including: 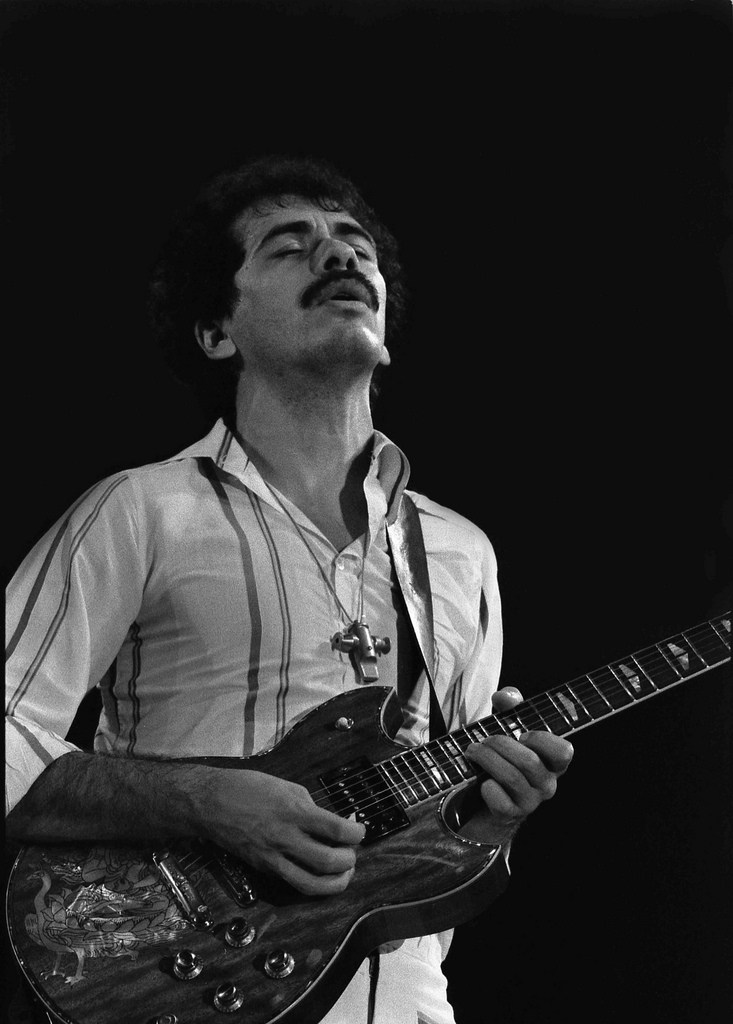 Carlos Santana will forever be recognized as one of the best guitarists of all time. In addition to creating some of the biggest hits of the 1960s and ‘70s, Carlos Santana continues to have an impact on music today with new album releases and collaborations with the biggest names in music, from Rob Thomas, Michelle Branch, and Chad Kroeger to Grateful Dead, Metallica, and Aerosmith.

Carlos Santana is featured on Rolling Stone’s list of the 100 Greatest Guitarists of All Time and has received 10 Grammy Awards and 3 Latin Grammy Awards.

Santana Exhibit at Musicians Hall of Fame in Nashville

At barely 20 years old drummer Mike Shrieve joined Santana on stage at Woodstock 1969. As one of the youngest performers at Woodstock, Shrieve’s drum kit used during the performance has long been an item of interest to visitors at Musicians Hall of Fame in Nashville. In addition to playing drums for Santana’s Woodstock performances, Shrieve’s drum solo of “Soul Sacrifice” was also played on this very drum set. Creedence Clearwater Revival, also known as CCR, is the band behind some of the most iconic songs of the 1960s and 70s. Between 1968 and 1972 alone, the band had nine top-ten singles and eight gold albums while “Proud Mary” and “Fortunate Son” have both received the GRAMMY Hall of Fame Award for their outstanding contributions to the world of music.

While the group parted ways in the early 1970s, lead singer John Fogerty has continued to make contributions to the world of music through single tracks and as part of various ensembles over the years. The Group was inducted into the Rock and Roll Hall of Fame in 1993.

CCR Exhibit at Musicians Hall of Fame in Nashville

Visit our CCR exhibit to learn more about the history of this iconic band and to view some of their recording instruments, including: Aside from The Beatles, The Who are undoubtedly the most well-known band of Brits in music history. Known for their unique blend of rock, pop, jazz, and even R&B, The Who were instrumental in bringing power pop to a global audience in the 1960s and ‘70s. In addition to being inducted into the Rock and Roll Hall of Fame and UK Music Hall of Fame, The Who have received the Grammy Hall of Fame Award for their single “My Generation” and seven of their albums appear on Rolling Stone’s 500 Greatest Albums of All Time list.

In addition to their unique sound, The Who were also one of the first musical acts to make destroying instruments on stage a routine act in their performances. Many today still consider The Who one of the greatest live performing acts of all time. Thanks to The Who, music and live performances are now more unique and more vibrant.

Pete Townshend, songwriter for The Who and celebrated singer-songwriter, Townshend contributed to the success of The Who with hits like “I Can’t Explain,” “My Generation,” “I Can See For Miles” and “The Kids Are Alright.” Visit the Musicians Hall of Fame in Nashville to learn more about Pete and to see his #3 Les Paul Deluxe used on The Who’s Quadrophenia Tour.